We are a volunteer-led community-based organization guided by the Society's Board of Directors. The Board is responsible to the membership for overseeing policy development and setting the mission and strategic direction of the agency.

Vancouver AIDS Society's members participate by electing the board of directors at the society's Annual General Meeting and by participating from time to time in committees established by the Board.

Membership in the Society is open to anyone and is free. If you are interested in further details or would like to become a member please contact us at 604-893-2201.

Board Members are elected by the general membership at the Society's Annual General Meeting. Terms of office for Board members is two years and is limited to three consecutive terms.

The Vancouver AIDS Society's Board of Directors sets and approves policy for the agency and helps to raise funds. There are 12 members on the board, with 4 positions reserved for HIV+ people to ensure that people living with HIV have a voice in the direction of the agency. 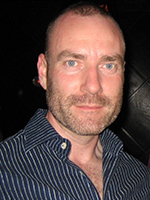 Michael has been working as an independent consultant in the Health Care field since 2003. He currently runs a specialized technology services business focused exclusively on telecommunications infrastructure construction in Health Care facilities in the Lower Mainland. Born and raised in Vancouver, Michael has been involved in the HIV/AIDS and gay men’s health promotion movement since the mid 1990s through volunteering his time with A Loving Spoonful, Friends for Life and through his current position as Director on the Board of Directors for HIM (Health Initiative for Men); an organization dedicated to strengthening the health and well-being of gay men and as Director on the Board of Directors for AIDS Vancouver; an organization that plays a special role in providing quality health care to people affected by HIV/AIDS living in the Lower Mainland.

Shadi is currently pursuing a Masters degree in the field of Public Health and a career in International Health. She has several years of experience working in various sectors of healthcare such as Cancer research, Optometry and Chronic Illness Management. Shadi also possesses a strong background in organizing fundraisers for the Public Health sector. Her main areas of interest are health education and social policy. She currently sits on the Executive, Governance and Fundraising Committees at AIDS Vancouver and hopes her collaboration can assist the organization in generating further support for those individuals affected by HIV/AIDS.

Rob is a professional accountant who has worked in the financial services industry for over eight years. He is all too eager to lend his years of experience working with 3 of Canada’s largest banks to AIDS Vancouver by joining both the finance and fund development committee.

Outside of the office Rob has volunteered for various organizations and sporting groups helping to promote diversity and acceptance. Rob was first introduced to HIV/AIDS at an early age when he lost a family member to the then epidemic in the early 1990’s.

Mark is a professional with a degree in Business Administration and a diploma in Retail Marketing & Strategies who has worked in the financial services industry with TD Bank as a Regulatory and Compliance Advisor for 30 years.

This past August he decided to take advantage of an early retirement opportunity and pursue a career in design consulting. Mark is highly creative and is working toward starting his own company in this field for which he is extremely passionate.  Born in Ottawa Mark and his family moved to Vancouver in 1972 and now calls Vancouver his home and feels blessed to live in the most beautiful city in the world.

Throughout his career with TD, Mark has had many opportunities to build a solid business acumen while developing strong communication and inter-personal skills.  He was active on many committees including TD’s Pride Committee which was responsible for organizing events around Pride and the participation in the parade for which TD has consistently had the largest contingent of participants, numbering over 250, of all major corporations involved in the parade.

He sat on the Board of Directors for The Friends of the Environment Foundation which was responsible for directing $100,000 annually to grass roots organizations within the GVRD to sponsor programs whose mission was to provide awareness and education around environmental issues that our community struggles with.

He has volunteered his time and energies to many worthy causes over the years, but it was his involvement with A Loving Spoonful that sparked a desire to become more involved with HIV/AIDS, the challenge to adapt to "the changing face of AIDS", the perceptions, attitudes and misconceptions that now need to be addressed through the tireless efforts of AIDS Vancouver.

By joining the board Mark hopes to provide ideas and strategies that will assist the board in continuing to serve the community which he calls home.

Nico is a primary care physician in the community. He practices health promotion through lifestyle, screening, and therapy. His involvement with AIDS Vancouver stems from an interest in awareness and prevention, and supporting the social and medical needs of those affected. He recently completed his MBA and is interested in sustainable, social change models in the non-profit sector, and in the future of health care delivery. 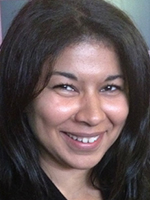 Laila is interested in a volunteer opportunity outside of the Government, which would allow her to be more engaged with her community by promoting healthy lifestyle and awareness. She is also experienced and interested in assisting new immigrants with issues such as drug addiction, homelessness, and employment for women.

A mother of four sons and grandmother to one granddaughter and three grandsons, she became active in HIV/AIDS in 2008, 2 years after her HIV diagnosis. She is involved in HIV work in numerous capacities including  Board member of AIDS Vancouver, Chair of the Board Of Positive Living B.C., Co-Chair of Red Road HIV/AIDS Network, member of Canadian Aboriginal Aids Network, a motivational speaker, group facilitator, co-founder of Harvest Organic Co-op, & Trainer in Training with PLDI (Positive Leadership Development Institute). Valerie also has the honour of mentoring our HIV positive youth.

In her community she is a Peer Researcher working on numerous research studies, as a collaborator, knowledge user, co investigator, knowledge broker and research associate. She also is a peer facilitator of two HIV support groups, a nutritional outreach worker, and a volunteer with the SPCA Charlie's Pet Food Bank. In her spare time she embraces her culture, nature and photography, and loves to jump in puddles with her grandchildren.

Born and raised in Bombay, India, Roy Wadia currently heads Heroes Project, a communications NGO that focuses on HIV/AIDS awareness and stigma reduction, leveraging societal leaders and media partnerships as advocates for change. Earlier, Roy spent 12 years at Cable News Network (CNN) International, helping launch and produce much of the global network’s Asia-Pacific news coverage, before switching careers by joining the World Health Organization’s China office as communications officer and spokesman, working on a range of health and development issues including HIV/AIDS. In 2006, Roy was recruited by the British Columbia Centre for Disease Control (BCCDC) in Vancouver as its Director of Communications. Family reasons prompted Roy to return to India in 2010, although he shuttles between Bombay and Vancouver where his husband Alan and he maintain a home.