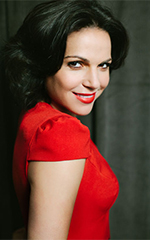 Of Italian and Puerto Rican descent, Lana Parrilla spent her childhood in Brooklyn, New York.  At a young age, she made numerous home videos with her family and especially with her aunt, who is a working actress.  Lana’s family supported her natural inclination to perform, however with her determination no one was going to stand in the way of her passion. Parrilla graduated from high school and shortly thereafter moved to Los Angeles to study her craft and began to appear in local theatre productions.

Currently, Parrilla relishes her current character, Regina Mills/Evil Queen on ABC’s hit show “Once Upon A Time”.   For her work on “Once Upon A Time” she has received the NHMC Impact Award, an ALMA Award for Outstanding TV Actress, and was voted by fans as TV Guide’s Best Villain for 2 out of the 3 years the show has aired.  In 2003, Parrilla received an Imagen Award for her work on ”Boomtown”. 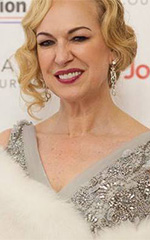 Carmen Ruiz y Laza, host of CarmenTV, has worked in the film and television industry for more than two decades. Growing up in Spain in her great-uncle’s house, Carmen was surrounded by storytelling, music, philosophy and gourmet cooking. But when she immigrated to Canada at 13, she didn’t speak a word of English, and found herself suddenly unable to communicate well.

Determined to overcome the challenge, Carmen became fluent in one year. Since then, she has made communication her life’s work. Carmen carved out a career as a sought-after casting director, broadcast producer, and headed her own boutique PR company that specialized in philanthropic organizations and luxury brands.

CarmenTV, a 60-second feature on Joytv, seeks out the hottest local experts for their tips on travel, cuisine, fashion and beauty, entertaining and design. With Carmen’s sharp eye for everything, CarmenTV is the good life, only better. 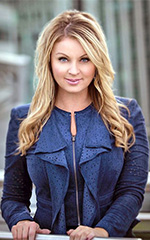 “I feel so lucky to do what I do for a living.” Fiona is best known for her many years on Shaw TV and loves her work: “I’ve lost count, but I think I’ve interviewed over 25,000 people over the last 18 years!”.

Having received a degree in History at the University of British Columbia, she had planned to go to Law School and instead decided to enroll in the Journalism Program at the British Columbia Institute of Technology. Fiona got her first job by accident when she auditioned on a dare and landed an on camera gig as a TV host.

Fiona has hosted several shows including DAYTIME on Rogers, AUTOMOTIVE MORNING on Life Network and BREAKFAST TELEVISION on City-TV. She has appeared as a guest on MARILYN DENIS, CBC NEWSWORLD, CBC RADIO and on CKNW News Talk 980 as a contributor and fill in host. 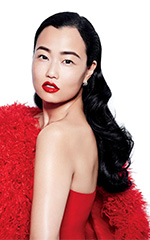 Diana Bang is an actress, voice talent and model. Diana was born in Vancouver, B.C. to Korean immigrant parents. Before she became a professional actor, Diana studied psychology and geography at the University of British Columbia. She is best known for her role as Sook in The Interview, featuring Seth Rogen and James Franco.

Other film and television credits include Entanglement, The Master Cleanse, The Killing, a recurring role on Bates Motel, and a lead role in Rob Leickner’s indie feature, Lost Lagoon, which won Best Canadian Feature at the Reel World Film Festival. She is also a founding member of Canada’s premiere Asian sketch comedy group, Assaulted Fish.

Diana is currently based in Vancouver, B.C. near her family and friends, and within driving distance to hikes in the mountains. 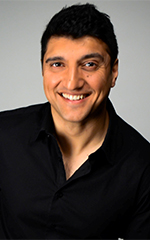 Born and raised in the UK, Dean began his broadcast career at the BBC Asian Broadcasting Network. An opportunity to host a Vancouver program allowed Dean and his family to move to Canada. After hosting several local shows, Dean leapt at the opportunity to become a host, producer and videographer for Joytv and ZoomerMedia in 2012.

Dean has his finger on the pulse of the local, multi-cultural community and is passionate to capture the complex local diversity within it.

To ensure coverage of many cultural expressions , Dean covers a vast array of topics. Highlights over the past few years include: 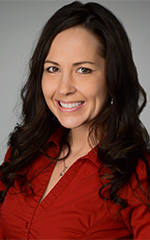 Born and raised in Coquitlam, Leah is passionate for people's stories and inspiring the community. Leah began her broadcasting career in Lloyd minister, Alberta as a video journalist and TV host. She spent 3.5 years in small towns throughout Canada and finally made BC her home again in 2012 when she joined "Joytv" and "ZoomerMedia" as a host, producer and videographer.

Leah covers a vast array of topics, from topical and community event features to adventurous moments she participates in like: Paragliding in Harrison, Cultus Lake Waterpark and Leap of Faith Skydiving. Leah loves to explore individual personalities and looks forward to discovering more uplifting stories to share with the community. 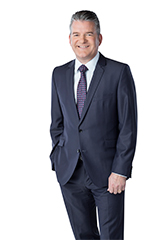 Mike became the full time anchor of CTV News at Six on January 3, 2011 and has helped steer live coverage of some of our province's most important stories, including the BC Liberal Leadership convention and the Stanley Cup riot where Mike and Tamara anchored award winning coverage of a terrible night that left parts of downtown Vancouver in ruins. Before moving to the anchor desk, Mike was CTV's 2010 Olympics reporter, where for six years he covered the countdown to our games live from Salt Lake City, Prague, Singapore, Torino, Beijing and across the province.

As the iconic Olympic Flame drew ever closer to a city it would change forever, Mike co-anchoredCTV News: Olympic Edition every afternoon live from Robson Street in downtown Vancouver. 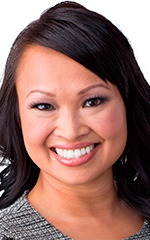 Ann Luu is the Weather Anchor for CTV News Vancouver at noon, 5 & 6.

When she is not giving you the weather forecast, she is out trying out different jobs in her segment Ann Luu’s In Your Shoes and updating community events as host of Best of BC & Community Calendar on CTV.

In her spare time, Ann volunteers with the BC SPCA and you can find her out on the seawall with her two pups and husband! 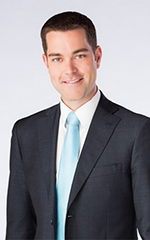 Scott is an award-winning journalist and joined the Vancouver newsroom in April 2012.  Since then, he’s travelled throughout the province to cover some of the most high-profile stories in B.C. Prior to joining CTV Vancouver, Scott was an anchor / reporter at CTV Edmonton, part of the team honoured with RTNDA awards for best newscast and best continuing coverage of the Slave Lake wildfires. He also covered provincial politics extensively, including one-on-one specials with both sitting premiers during his time in Alberta.

He was in Peachland, when wildfire threatened the entire community, earning him and the CTV News team RTNDA awards for best spot news coverage and best newscast.  He went to Prince Rupert, Kitimat and Prince George to investigate pipeline concerns in the north.  And he travelled to Battle Creek, Michigan to bring viewers a special series on the Enbridge oil spill, and how it could affect a pipeline proposal in B.C.  The story earned a prestigious nomination for a Jack Webster Award. 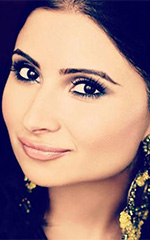 Nira Arora is a Canadian radio broadcaster. She is the co-host of Jonny, Holly and Nira, a morning radio program on 94.5 Virgin Radio in Vancouver, Nira is a proud Island girl who grew up in Nanaimo and moved to Vancouver to become an SFU and BCIT alumni. Prior to joining 94.5 Virgin Radio, Nira was a host, reporter, writer and producer for many different television shows and local magazines. She now has 17 years of experience in the media world!

Nira is a huge believer in Karma. She plays an active role in the community, volunteering her time for various charities including The Salvation Army, BC Children’s Hospital and Canuck Place. A few blush worthy accomplishments for Nira: writing for ‘Vogue India’ and TV Week also credited Nira as one of BC's 10 Most Beautiful People. She's taking the latter to the grave, needs proof to show the grandchildren.... one day! 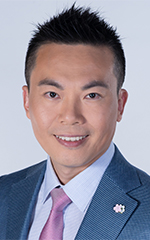 Bowen Zhang is an award winning journalist.  He has been an anchor and reporter for OMNI BC News’ Mandarin Edition since 2004, when he moved to Canada. Currently he is hosting OMNI Mandarin Current Affairs program. Bowen started his career as news anchor and producer at various television networks in China. During this time he won three national awards for broadcasting and specialized news programming.

In 2004, Bowen moved to Canada and joined the OMNI BC (previously Channel m) team as news anchor and reporter. In 2012, Bowen won a Jack Webster award for the Best Reporting in Chinese with his three part series on the legendary Chinese Students’ soccer team of the 1920’s and 30’s. Within the community Bowen has hosted many community events held by local organizations, and he has received testimonials from the Mayor of Vancouver for his involvement in the community from 2005-2014.